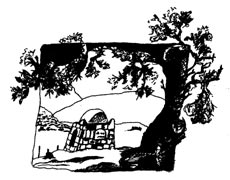 In the area of Inbar a Jewish village named Hananya existed from the time of the first Temple up until the sixteenth century. The biblical village was settled on the bank of the Tzalmon River, which used to flow in this area all year round. The village was known for it pottery. The pots made from the local soil were known through out the country as unusually sturdy and unbreakable.

Rabbi Halafta, one of the greatest Mishnah scholars, lived in Hananya village in the time of the Talmud (around 500 C.E.). He is buried under an ancient oak (over 500 years old), near Halafta Junction, which is right outside our kibbutz.

North of the junction are the remnants of the biblical Hananya village, among them a synagogue with one built wall and three more carved into the stone hill.

In the sixteenth century the Jews abandoned the village for security reasons and moved to Pki’in, where there was a larger Jewish community.

The kibbutz and the country guesthouse

In the late 70’s, when hilltop-settlements began growing in the Galilee, a temporary settlement camp named Givat Hananya (Hananya Hill) was built where Inbar now stands. The camp was used as a temporary location for settlements that were being established in the area. On Independence day ’94 we came here, a group of ex-kibbutzniks, sons and daughters of kibbutzniks, with the hope of  building our home on Givat Hananya.

We renovated the remnants of the buildings we found here and added our country guesthouse and workshop center. 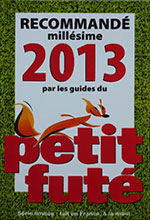